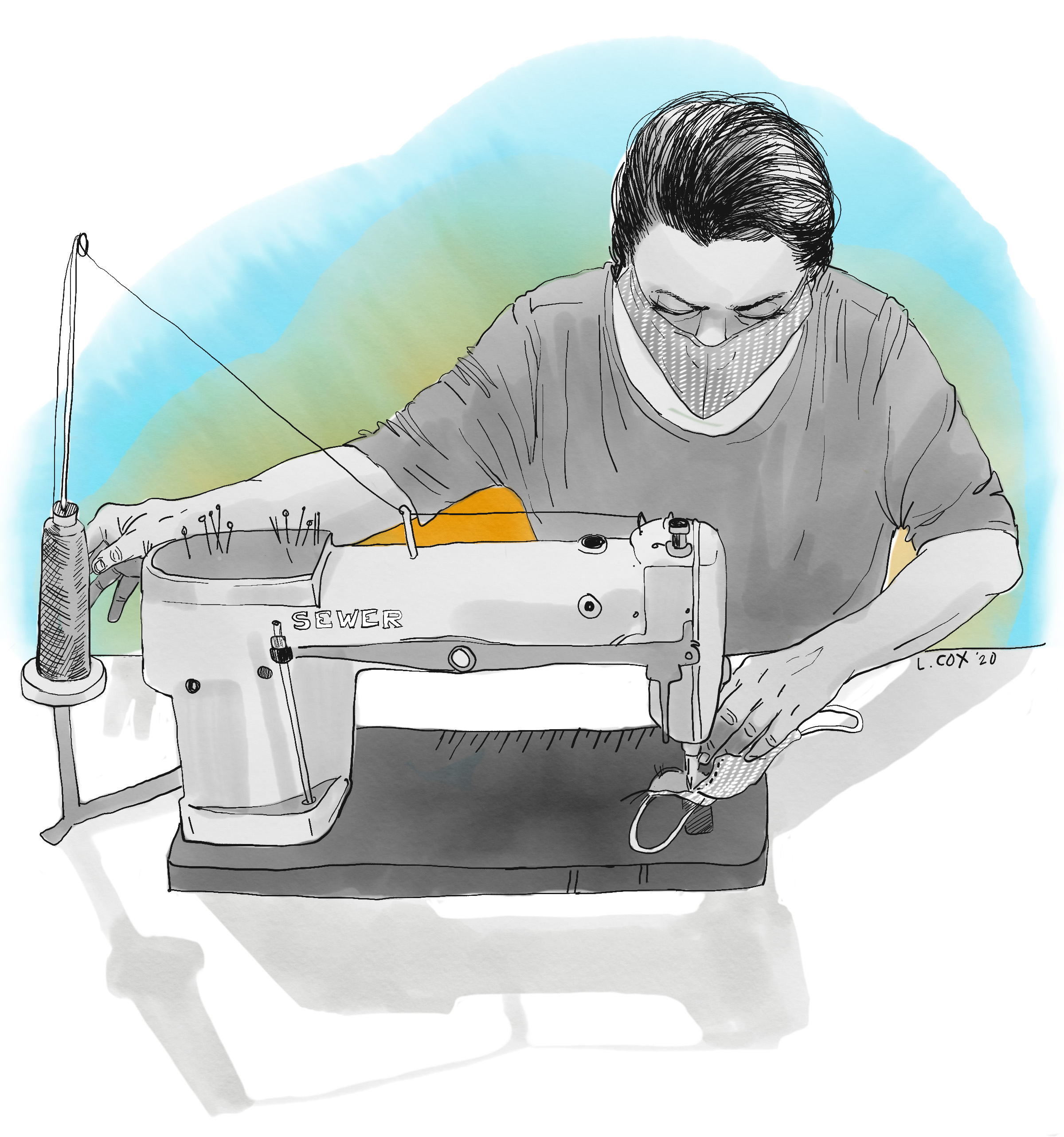 This is part of a series on Community Heroes, in which Clutch MOV asked readers for stories about their neighbors stepping up in different ways to help others get through COVID-19. Submit stories here.

One of the most basic but crucial needs during the spread of COVID-19 is a mask, as it is recommended that all wear one when out in public. To help meet this essential need, many in the Mid Ohio Valley have begun making and donating cloth masks.

One such community member is Sheila Parks, a child care provider in St. Mary’s, WV. She has made more than 2,000 masks with her sewing machine and has primarily distributed them among Wood and Washington Counties. That said, she has also sent some as far as Germany.

Curtis Hall knows Parks through her nephew Rick, a close friend of Hall’s. He knew what Parks was doing and has helped her get materials and deliver completed masks.

“I help run and get elastic for her if she needs it,” said Hall. “She is a very compassionate person.”

Hall said Parks even made a series of marks for hairstylists at Ray’s Barber Shop on the southside of Parkersburg in order to help them meet new rules for re-opening the business.

“That’s just how she is,” said Hall. “She’s making ones with longer elastic in them in case stylists can’t have them on their ears. That way they don’t pinch as much.”

Hall said Parks tries to accommodate as many people as she can while also making them as comfortable as she can.

“This is definitely a one-person kind of thing for her, it’s all her,” said Hall. “People will donate money, but she goes and buys fabric. She pre-washes and irons everything. It’s very labor-intensive. She puts everything in individual Ziploc baggies. She’s efficient at what she does.”

Debby Carouthers is a friend who has known Parks for eons. “She is fun-loving,” said Carouthers of Parks. “She’s just an all-around great gal.”

“Just that she can find the time to do something like that,” she said. “She had that urge to contribute to her communities. She is just a good lady. Her thoughtfulness and generosity are just overwhelming.”

Parks started making masks in March once shutdown orders began. She said she saw a news report about how hard masks were to find, so she sought out a pattern online.

“It seemed easy enough,” she said. “It has to be 100% cotton, the tighter the weave the better. Elastic is the hard thing to find. I’ve gotten some I ordered but an order from April 3 still hasn’t come in.”

Parks posted on Facebook that she had made some masks and offered them free of charge.

“People messaged me or commented and it just blew up from there,” she said. “I get messages every day. It’s all I’ve done. I sit at the sewing machine.”

Another mask maker is Toni Brown, a woman who was alarmed to learn that not all inmates and staff at the Washington County Jail had access to masks, despite being in a setting particularly prone to outbreaks.

Ginger Brown, Toni’s sister, commended Toni for her compassion toward those in society who might not get the same level of consideration as most.

Toni Brown knew an inmate at the jail and, when the pandemic hit, she reached out to him and a couple of other inmates to hear about their status.

“I asked if they had masks and they said no,” she said. “They said the COs also did not have masks. I reached out to the administrator there and offered to get them some hand-sewn masks.”

Toni posted on Facebook asking for donations and got a large response. She also set up a donation box in Parkersburg City Park.

“It was almost full,” she said.

Toni learned that she would need 100 masks in order to cover inmates and personnel. In total, she was able to donate 85 at the end of April. Per the jail’s request, no masks containing metal were donated.

“I was really happy with the turnout even though they didn’t meet 100,” said Toni.

“She did all this for a population not highly recognized without any consideration of being thanked herself,” said Ginger Brown. “These people needed it.”